The Leader of Opposition Hon. Matthew Wale has rebuked the recent attacks by the former Western Province Premier Gina on the current Western Premier’s recent courtesy call to his office.

Former Premier Gina labelled the Current Premier’s visit to the Opposition Leader as rude, dishonest, and volatile. As per protocol, Gina stated, the Premier only owes visits only to PMO and must unwaveringly do so. Issuing a further insult, Gina warned that the ‘worth nothing Opposition’ is only full of hatred and lies.

‘Contrary to what Gina may think or say’ Wale asserts, ‘our discussion centred around the development of western Province and its people’.

Elaborating on this, Wale says ‘our talk canvased pressing issues like the devolution of powers mentioned earlier, to recommendations of possible avenues that the Western Province can pursue under the current National Government for more economic prosperity’.

‘Therefore, to imply that the Opposition is anti-West, let alone worthless is not only rude, but very malicious’, Hon. Wale maintains.

Hon. Wale warns that Gina should refrain from taking part in spreading misinformation that can cause disunity for this Nation.

‘Instead of accusing us of being full of hate and dishonestly, maybe the former Premier can do some reflection on his rude and dishonest attacks, and repent from the hatred and lies’, Wale concludes. 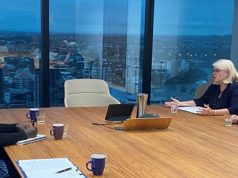