Two senior government officials have confirmed that the Cabinet has not made any decision to shorten the life of parliament or increase to five years.

At today’s press conference, Chief of Staff Robson Djokovic and Special Secretary to the Prime Minister Albert Kabui both rejected claims in social and main-stream media that the government had already made a decision on the extension.

Kabui said the Cabinet has not agreed to the suggestion to hold election earlier or to extend the life of Parliament.

Djokovic in reiterating that stated that no decision has been made as to the extension.

“It is still in a consultation process. But, yes, it is definitely under consideration and nobody denies that but that process is ongoing,” said Djokovic.

He explained that the extension of parliament is not a government policy rather it is a response to the overarching policies of managing COVID and maintaining economic livelihood in support of government’s economic policy.

On the cost of the elections, Djokovic said it would cost about $100m. He also pointed out that $300m is still outstanding to host Pacific Games—adding that it has put a lot of pressure on the government.

SSPM Kabui in explaining why the government proposed to extend the life of parliament said: “In terms of man-power, resources and logistics we can’t have both events in one year. So the government feels in order to accommodate the Pacific Games we have to move the election.”

The Opposition Group has already opposed to the extension with the Chamber of Commerce and recently all Non Government Organisations (NGOs) the latest to come out and express its opposition to the proposal to increase the life of Parliament. 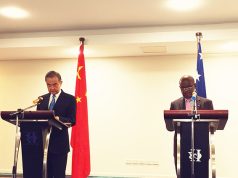 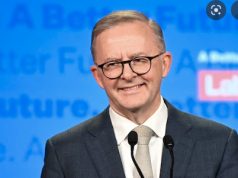