OPPOSITION Leader Hon Matthew Wale says recent reports of medicines and other medical necessities unavailable in clinics in Honiara are of grave concern.

In a statement today, Hon Wale said if this is the case in Honiara then it is likely rural clinics are also faced with similar challenges or even worse.

“If Honiara clinics lack Panadol, how bad must it be in rural clinics?” he questioned.

Hon Wale said what makes it more disturbing and sad is that the Government continues to turn a blind eye on these concerns.

He said this is clearly a result of a bad combination of incompetence, inadequate budget allocations and total negligence.

“It is becoming irresponsible of the government that we are facing these similar problems every year and responsible authorities are taking these issues very lightly,” he said.

Hon Wale also questioned why there are containers of medicine sitting at the wharf for so many months with no sense of urgency from the top government level to clear the containers.

The Opposition Leader said all the concerns raised are within the government’s power to fix but it has remained the same and ignored for many years.

Hon Wale has described ongoing responses by the government and the health ministry as terrible excuses that should have been planned for.

He said the government’s focus & priority towards the Pacific Games to the exclusion of basic healthcare needs are ‘reckless’.

“This is a negligent government that does not attach weight to people’s healthcare,” he said.

Meanwhile, the Opposition Leader said the lack of proper planning and distribution of supplies to health facilities have resulted in thousands of dollars worth of medicines and medical supplies disposed recently from the Medical Store. 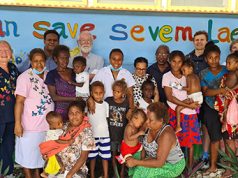 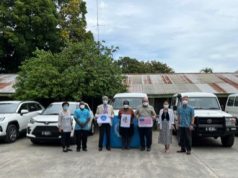