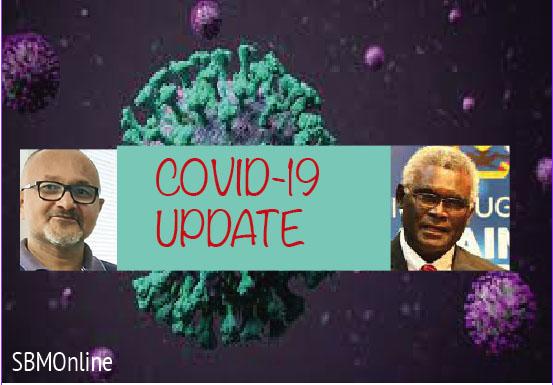 LEADER of Opposition Hon Matthew Wale has lashed out at the Prime Minister describing his late announcement of the extended lockdown as ‘total insanity.’

Hon. Wale said it is total madness that the Prime Minister made the announcement well after 6pm yesterday when people were already out from their homes to find food and many were unlikely to have heard him on radio.

“Is this an attempt to create offenders out of innocent people in search of food?” he said.

The Opposition Leader said the Prime Minister and his Cabinet had four days to decide on the extension and such announcement should have been made at least a day before the lockdown ended to give adequate time for people to plan for their households.

“Why wait 30minutes after the lockdown lapsed to make such an announcement. Let me remind the Prime Minister that we are in a national health crisis and people must be treated with decency. You cannot sit in your comfort zone and make such announcement whenever it suits you. You are dealing with people’s lives here. The Prime Minister has demonstrated insensitivity to people’s struggles at this time of crisis” he said.

He said the lack of foresight in yesterday’s announcement had certainly left most households without food or essential needs until 9am today.

Hon Wale said with the government food distribution still yet to be delivered to majority of citizens in Honiara, most families were running out of food and they surely needed to restock.

“These no care decisions and announcements are inconsiderate, insane and reflects a government that is confused, unprepared and ill-advised. It betrays again lack of planning, preparedness, foresight, direction and leadership,” he said.

The Opposition Leader said such no care attitude would only cause social problems if they keep recurring, something we do not want during a crisis.

Hon Wale said we are currently faced with a threat to our health security and we cannot continue to have erratic and absent-minded leadership.

“Why was this decision not made two days earlier and announced? What kept the PM from doing that?” he said.

Meanwhile, Hon Wale also questioned the Prime Minister why the lockdown in Noro which was executed on Wednesday 26th Jan 2022 allowed to happen without proper legal basis.

He said the legal order for that lockdown was only issued on Friday 29th January and was backdated to Wednesday 26th Jan 2022.

“How is this even possible?” the Opposition Leader questioned.

“Any lockdown offences committed before the legal notice was issued are likely prejudicial to the rights of individuals involved. This was totally avoidable. Someone must be held accountable for this incompetence,” he said.

“Our people deserve much better than this from their Prime Minister and Government. It is totally inexcusable,” Mr Wale adds.