OPPOSITION Leader Hon Matthew Wale says corruption claims that Malaita MPs were paid $250,000 each to remain with the Government following last year’s motion of no confidence.

He said the claims are tragic for the country and sadly not surprising.

This followed an article in the Solomon Star today, which reported that around $1.75 million were allegedly paid to Malaitan MPs to remain with the DCGA government in November last year.

Hon Wale in a statement questioned where the Prime Minister and his government sourced such millions to pay off MPs.

“The claims which are likely to be true not only questions the integrity of individual MPs but also clearly indicates foreign interference in our domestic politics in keeping a corrupt leadership in power,” he said.

The Opposition Leader said it is likely that apart from Malaita MPs as reported, other MPs might also get their fair share of the deal.

Hon Wale said it is no secret that the Prime Minister and his powerbrokers would do anything to hold on to power.

“It is no surprise especially when statements like no one else is fit to become Prime Minister are echoed at the political echelon and that the current Prime Minister will do everything possible to keep his seat,” Hon Wale said.

He said the claims have confirmed sentiments shared from within Cabinet itself that the Prime Minister is power-mad and will do anything to hold on to power. 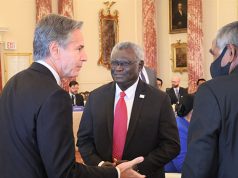 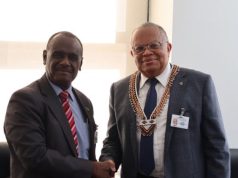