The Malaita Alliance for Rural Advancement – MARA Malaita provincial Government yesterday passed a resolution to convene a one-day meeting of Malaita leaders in Auki on a date to be set soon.

The MARA Executive unanimously agreed that with the current issues at hand it is critical that the leaders of Malaita province, especially those in our rural communities are called to discuss these issues.

The Executive is of the view that there are no other better ways to deal with issues of concern to our place than to invite them for a discussion in Auki, a statement from the premier’s office, said.

The issues that will be discussed during the one-day meeting include the extension of parliament from four to five years, the security deal that the DCGA had signed with China, the formation of a new political party for the coming national general election, and the completion of the survey that has been ongoing for sometimes.

“The aim of the meeting is for the leaders in the communities to raise their concerns on these matters and to come up with a united front on these matters. MARA believes that any government, be it the provincial or the national must always reach out to its people and talk with people on important agendas that affect their lives. Our diversity really demands a close interaction with our people on issues that affects us all. While the elected political leaders are mandated to take actions on behalf of the citizens. That mandate is a product of choice that people made through consenting to their will during election times. The last thing leaders should do is manipulate the mandate given them by the people for their own interests,” the statement, said.

In addition, the meeting will also be a time for MARA to inform the leaders of the province of the developments in the province. That includes the USAID SCALE Project, the Bina Harbour Tuna Processing Plant Project, the Kiluufi new hospital building project, and others.

The date for the meeting will be announced soon once preparations are made.

Leaders that are expected to attend the meeting include chiefs, traditional leaders, church leaders, women leaders, and youth leaders. 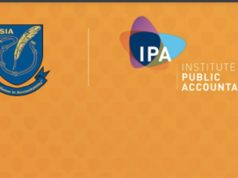 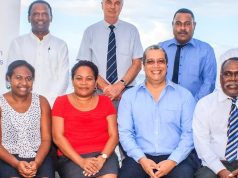