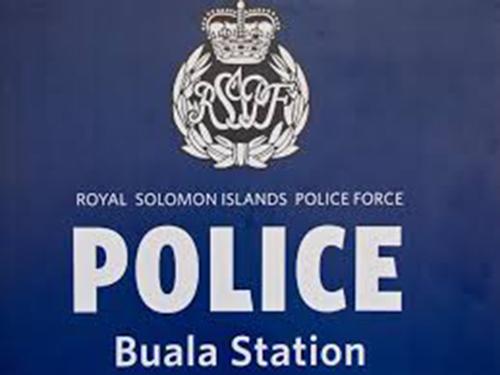 Officers of the Royal Solomon Islands Police Force (RSIPF) in Buala, Isabel Province are investigating an alleged defilement incident involving an adult male with a 12-year-old girl at Kolopakisa Village in Kia between 2015 and 12September 2020.

Provincial Police Commander (PPC) Isabel Province, Superintendent Leonard Tahnimana says, “The alleged incident was reported to have happened sometime between 2015 and 12September 2020 when the suspect invited the victim and two of her small brothers to watch movies at the suspect’s house at Kolopakisa Village.”

“It is alleged that while they were watching movies inside the house, the suspect pressed the victim’s breast. The victim’s small brothers saw what happened and informed their father who reported the matter to police for investigation.”

“Police are now investigating the complaint and will arrest the suspect as soon as there’s evidence,” says PPC Tahnimana

He adds, “I call on any member of the public at Kolopakisa Village who may have information about this sad incident to approach officers at the Kia Police Post. I further call on parents to keep an eye on our young girls and to make sure they do not spend time alone with other people without being looked after by a parent.”