Government recognized the importance and value of women in leadership and the appointment of Jane Waetara as the country’s permanent representative to United Nations is a testament to that.

In a terse media statement the Office of the Prime Minister and Cabinet (OPMC) said Mrs. Waetara deserves the new calling as she is one of the symbols of a true public servant.

The OPMC statement said Mrs. Waetara has accumulated immense experience in the public service yet she remains humble and serve her government, country and people with humility and respect.

The statement further added that Mrs. Waetara captured the essence of a true public servant as demonstrated by her unselfish devotion and commitment in the discharge of her duties in the public service.

“Her rise up the leadership ladder is meritorious and unequivocally in order,” the statement highlighted.

The OPMC statement added that Mrs. Waetara is a fine model for other young women who are aspiring to take up leadership roles in the future.

The statement further pointed out that the Democratic Coalition Government for Advancement (DCGA) makes history in its political life for having four female Members of Parliament (MPs), of which two are ministers of the crown and the other two are government backbenchers.

“Government has reaffirmed its support for women in leadership and will continue to give recognition to them as and when is due,” the statement concluded…… ENDS///. 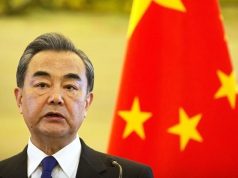 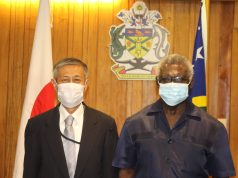