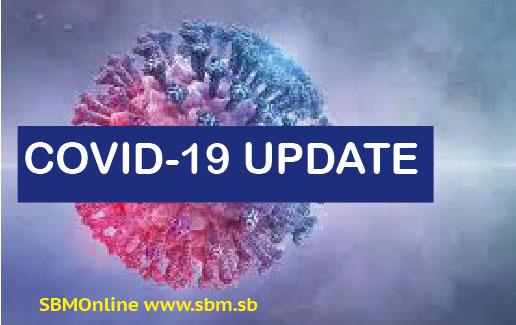 OPPOSITION Leader Hon Matthew Wale has called on the Prime Minister to initiate investigations following revelations made by the alleged index case that he is not the source of COVID in Solomon Islands.

In a statement today, Hon Wale said the revelations by the PNG doctor Maine Asapo, which appeared in local media and the PNG media yesterday must be scrutinized.

The Opposition recalled on 18th January, Prime Minister Sogavare in his national address accused Dr Asapo as the index case after illegally crossing the border from Tasman to Pelau.

However, Dr Asapo’s denial and explaination that he arrived on Pelau on January 9th 2022 between 3-4pm Solomon time and that the ship has already left Pelau for Honiara, has raised serious questions whether the Prime Minister was telling the truth.

On 22nd January 2022, the Prime Minister’s story changed and he said that cases were linked to two other vessels MV Ocean Joy and MV Carolina that travelled to Ontong Java on an earlier date.

The Opposition Leader said the Prime Minister in his speech has also indirectly admitted that information that time was inconsistent and health authorities will be carrying out an assessment.

Hon Wale said Dr Asapo’s revelation has also confirmed mismatches presented by the Prime Minister in his recent addresses and information gathered from chiefs and people in Ontong Java.

“The Prime Minister must get to the bottom of this. Its either he has misled the nation on this case or he was misled by his officials,” he said.

Hon Wale said the truth of the origins of the virus is equally important as to the findings to determine the extent of infections in the country.

“Our office has been informed that PNG authorities will also be making separate inquiries into the matter because they felt that the Prime Minister has falsely accused one of its citizens as the source of COVID in Solomon Islands. These are serious allegations if not true,” Hon Wale said.

The Opposition Leader adds that there are no exceptions regarding the illegal border crossing and that is a separate case the Doctor has to face.

However, he said the truth of the matter must be investigated and it would be an international embarrassment and shame if we wrongly accuse the PNG doctor.