The official launch of an orientation program for Solomon Islands students enrolled by Chinese universities was held last Friday at Chung Wah School in Honiara.

Yao Ming, DCM & Counsellor of the Embassy of the People’s Republic of China to Solomon Islands, attended the opening session with Antonio Lee, Chairman of Chung Wah School Board, and met with more than 40 Solomon Islands students who were chosen to study in universities in China.

In his opening remarks, Yao said education is the priority area between China and Solomon Islands.

He said China warmly welcomes and expects Solomon students to set out on their study tour in China as early as possible.

“In order to promote a better understanding of Solomon Islands students on China and prepare for their college life in China, the Chinese Embassy and Chung Wah School jointly opened the short-term courses on Chinese history, culture, economy, society and basic Chinese language skill training. The courses will help the students with their future college life in China,” he said.

He expressed best wishes for the students to get on well with the programme, and familiarize themselves with China in advance.

Lee welcomed the students’ attendance to the orientation program.

He said that Chung Wah School would do its best to facilitate SI students’ learning courses, and wished them happy and successful time at the school.

At the opening session, teachers from Chung Wah school gave introduction on Chinese history, art, traditional customs, food, clothing, urban life, city transportation etc, along with video clips, which were followed by lectures on Chinese characters and English alphabet. The courses went well with full attention and strong interest from participating students, who remained eager to attend next session scheduled end of March.

The orientation courses will be held every fortnight until early May. 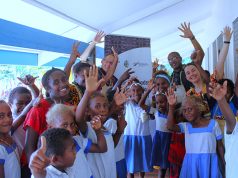 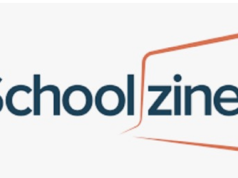