Permanent Secretary of the Ministry Public Service, Nego Sisiolo, has admitted today that the trend of public officers coming late to work and going out early is getting worse.

Sisiolo appeared before the Public Accounts Committee to defend his Ministry’s budget for next year when he was quizzed on the issue.

MP for West Are’are John Maneniaru has sought the PS for his observations on the working culture of the public service whom the MP said public perception on them is they go to work late and leave early. Manenirau wanted Sisiolo to explain if there were improvements to that.

But he could not hide his views.

He disclosed: “The trend in bevahour to work is worsening.”

“The workforce we have now is a bit changing in terms of behavior so that spirit of service is very much lacking so the government needs to work hard to recapture that (old) behavior,” he said.

The PS also admitted that public officers are committed to other things to find money for their families before coming to the office.

“My observation is where we are in a social situation where the salary for our officer(s) is not enough to sustain their families for a week,” he admitted.

He said as per his observations some officers are coming late because they are going to set up their betel-nut stall or find a bit of money because their pay is not enough.

In a move to address that, Sisiolo said they have established a graduate training pool.

He acknowledged that ten is not enough but that’s the best they could go in terms of their budget. 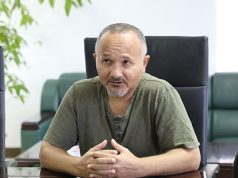