THE Opposition Leader Hon Matthew Wale will not stoop low and respond to faceless statements from the Office of the Prime Minister & Cabinet (OPMC).

“We do not want to involve in cheap propaganda with the intention to score political points so do not waste your time. Only cowards hide behind faceless Press Statements,” he said.

Marau said there are important matters of public interest raised in Parliament and in the media by the Opposition that the OPMC should spend more time responding to.

“I have written to the OPMC 3 weeks ago on behalf of the Opposition Leader inviting the Prime Minister to a National Leader’s Debate. We believe it will be a good opportunity to have both leaders on the podium engaging with the people through a healthy media debate and discussions on the current affairs live on radio, TV and social media. It will be the first of its kind and we hope OPMC will respond to our request positively rather than wasting time in engaging in their failed childish and cheap PR stunts,” he said. 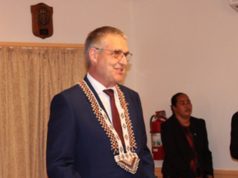