Frontline teams started occupying the dormitories over the weekend. Initially, the designated dorms with bed capacity of 300 were renovated and repurposed to accommodate incoming passengers in April 2020.

The state owned school was included into the N-DOC for Camp Management Sector (CMSC) managed accommodations.

A statement from CMSC said due to the large number of occupants in the Government-operated Quarantine Stations, they have to find more spaces liveable for frontliners to isolate while engaging in the response operations.

“The workers isolate in the dormitories for duration of their rotational shifts. They will leave the accommodation to reunite with their families once they meetCOVID-19 testing protocols.

“Bedding and dignity kits were supplied to occupants upon registration and served daily food,” the statement said. 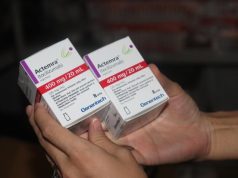