It has been revealed that a total of $77,713, 035.01 dollars in property rates is owed to Guadalcanal Provincial Government by debtors over the past six years.

The amount was reported during the recent Guadalcanal Provincial Assembly meeting last month.

These debtors owe several properties within Guadalcanal Province’s jurisdictions. The debtors are categorized in a number of lots. All the debtors below are located in Lot 1. There are many more lots which the Revenue Division is working on and will be billed later.

Addition to this, the property rates are categorized under three main areas; agriculture, commerce, and residential.

Speaking during the Assembly meeting, many members of the provincial assembly (MPAs) stated that these debtors have to pay up their long outstanding bills as soon as possible.

They stated that these are money that is supposed to be used for developments of services on Guadalcanal. However, lack of payments meant the debtors are denying further developments from Guadalcanal people.

They continued that GPG does not have to remind the debtors, but debtors need to perform their moral obligations to pay the debts.

GP Media understands that the GP Revenue Division will be working closely with the debtors to ensure these long outstanding debts are settled.

We must not see our future in mining: Wale 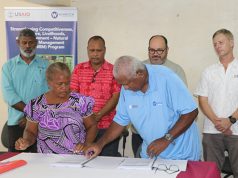 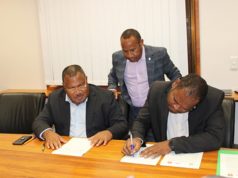