The Ministry of Finance and Treasury and Inland Revenue Division strongly refutes claims that a special investigator who was working in the Inland Revenue Division in the past was fired by the Prime Minister.
The Leader of the Parliamentary Opposition Hon. Mathew Wale yesterday expressed his disgust at the alleged dismissal of a top investigator in the Inland Revenue Division purportedly by Prime Minister Hon. Manasseh Sogavare.
But a statement from the Government today rejects the claims saying Wale has got it wrong again.
To correct Wales outburst, in the last three years IRD had engaged three Technical advisers including a special investigator to assist in tax compliance, reforms, legal and Policy advisory roles.
“The special investigator was contracted in 2017 for three years after his term lapsed with RAMSI; his contract with IRD ended in September 2020 and was further extended to January 2021. He was not sacked as alluded to in the media but his contract ended,” the Government Statement said.
One of the other TA also ended his task at the end of 2019.
The Government explained, there is no doubt the special investigator including local auditors’ work have contributed fiscal revenue to the government.
A total of around $620 Million (inclusive of penalties) was achieved through audits for the last three years, the figure includes the special investigator’s contributions.
“At no time did the Prime Minister or the Minister of Finance instructed the Commissioner of Inland Revenue to drop or interfere with investigation of any taxpayer,” the statement said.
Similarly, the Commissioner of Inland Revenue is not aware of the Prime Minister’s reproach to the special investigator on the matter raised in the media.
“Instead of expressing disgust at the wild allegations, Wale should express disgust at his own ignorance to find out the facts and truth of the allegations before accusing the Prime Minister in the media,” the government statement said.
Under law, the Commissioner of Inland Revenue directs any investigation based on risks assessed for auditors to audit or investigate a taxpayer; this is to protect the integrity of CIR’s role and the confidence of the taxation system without due influence. This had been the practice and had worked.
It further said, in the next five years (from 2022), IRD will undergo major legislative and administrative reforms that will need the assistant and support of Technical Advisers (TA) to advance the reform.
The project is part of ADB assistance on tax reforms and Revenue Management System upgrade.
“Wale’s ridiculous continuous attack on the Prime Minister is getting really childish and tedious. As national leaders, Hon. Wale should not be feeding the public with lies and garbage,” the statement said.
The statement added that the public deserves better and not unfounded lies designed to discredit the Government and instil public discord.
“Wale’s lies and desperate attacks on the Government is despicable, not to mention disgusting. His tantrums in the media does not reflect a national leader but rather someone who is hungry for power no matter what the cost is. Wale and his likes should repent from their deceitful ways and concentrate on building our country and people,” the statement said.
“Wale should be schooled on making constructive statements rather than trying to incite animosity and mislead the public with unfounded speculation,” the statement added.
ENDS/// 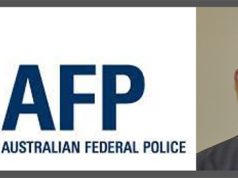 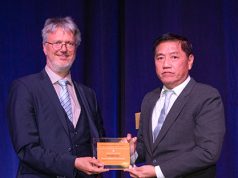