In a major shake-up leading to the 2023 Pacific Games, the National Olympic Committee of Solomon Islands has resolved to blacklist 25 individuals from various sports— banning them from holding any positions within their national federations and associations and also NOT to play any roles until after the 2023 Games.

In its Executive Board Meeting on 18 September, which SBMOnline has a copy of the resolutions, NOCSI resolved to blacklist the 25 individuals from various sports for numerous reasons including the signing of illegal petition against NOCSI without the national federations’ executive approval so as attending and supporting an illegal congress in 2019. NOCSI further alleges that some of the individuals had also misused funds allocated for their national federations whilst others abused funds when they were in boards.

Some of the 25 individuals currently hold very senior positions within the federations and others had been reelected back into federations/associations.

However, the NOCSI Executive had resolved that even those who were re-elected must be removed within 30 days, as of 18th September, and the federations/associations must provide written evidence to NOCSI that they have removed those who were blacklisted.

NOCSI also resolved that each of the blacklisted persons is not allowed to hold any positions in the executive committee in its national federations or associations.

NOCSI is the hosting body of the 2023 Pacific Games.

Preparation is currently underway in Honiara and China is the major funder of the games. The government through the National Hosting Authority reiterates that Solomon Islands will complete the facilities in time for the games to be held in Honiara in July 2023. 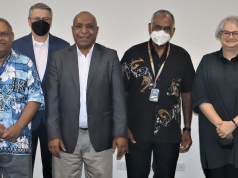 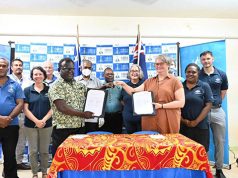