Prime Minister Manasseh Sogavare said in his special address today said: “We have also been working with the provinces and can confirm there are also localised outbreaks now in Malaita Province, Guadalcanal Province, Western Province and Isabel Province,” he said.

He said it has now been about two weeks since “we diagnosed our first case of domestically transmitted case of COVID-19 in Honiara. Since then, we have had a rapid increase in the number of positive cases in the capital city with the latest numbers registering around 1,100 cases as of yesterday.”

Sogavare said they are also seeing the rapid spread of community transmission of COVID-19 in Honiara, and it is starting to spread to other provinces.

He said they have identified multiple hotspots throughout the Honiara Emergency Zone from White River in the West to Henderson in the East.

Meanwhile, he said based on the recommendations of the Western Provincial Disaster Operational Committee, Western Province had been declared an Emergency Zone as of 6pm yesterday, 28 January 2022, and a lockdown has been declared for five areas including Gizo, Noro, Munda, Seghe and Rukutu.

The Committee is also working with its provincial arms, the respective PDOCs to plan the despatch of essential cargos to provinces in a safe manner.

He stated that the Oversight Committee is meeting regularly to monitor and address the current situation.

In Honiara, Sogavare said since then they have had a rapid increase in the number of positive cases in the capital city with the latest numbers registering around 1,100 cases as of yesterday. 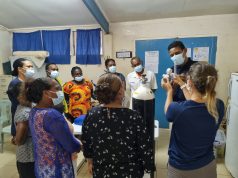 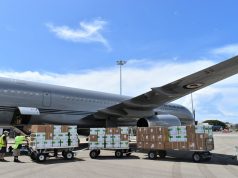