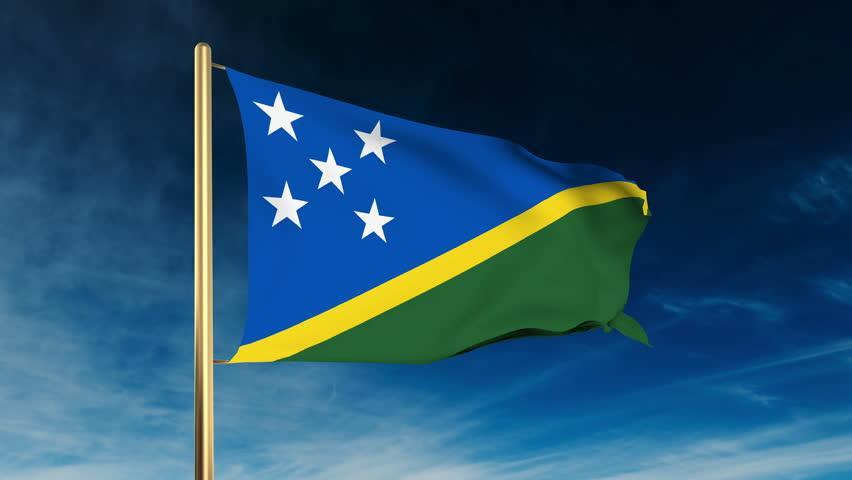 By Dr. Tarcisius Kabutaulaka
As we celebrate our country’s 44th independence anniversary, it is good to reflect on a simple but  fundamental question: What does it mean to be a Solomon Islander?

Our country is a conglomeration of diverse cultures, languages, ethnicities and peoples spread across hundreds of islands and over 1,500 km from the Shortland Islands to Anuta and over 700 km from Ontong Java to Rennell and Bellona. It was a creation of British colonialism.

On 7th July 1978, as we pulled down the Union Jack and replace it with the Solomon Islands flag and sang our national anthem, we simultaneously inherited a colonial creation and gave birth to a new nation-state. It was a solemn occasion.

Armed with our flag and anthem – symbols of nationhood – and lots to dreams, we began the journey to breathe life and meaning into our collective identity as Solomon Islanders.

It has not been easy. Our journey was marked by struggles to build and nurture national consciousness, political squabbling, and failures to fulfill many of our people’s hopes for a better life. From the very beginning, the western half of our country threatened to break away. Our greatest challenge came in the late 1990s: a dark chapter in our country’s history often dubbed as “the conflict”. It forced us to dig deep into our individual and collective souls to find the strength to continue this journey. It was tough. But we survived. We know however the challenges are far from over.

Our ethnic, cultural and ethno-linguistic diversities are often identified as a problem because they create divisions along provincial and wantok/language group lines that prevent us from achieving a sense of national consciousness. Proponents of that narrative claim we can never fully embrace that collective Solomon Islander identity.

While that is correct to a certain extent, it is also true that our diversities exemplify who we are: a nation woven together from rich cultural, ethnic and linguistic diversities. Our diversities should not necessarily be a weakness. They can be our strength in weaving our “Solomon Islands/Islander” identity, just like a basket is woven from many strands of pandanus leaves or strings.

No nation-state is entirely monolithic and the construction of a national identity is never complete. It is constantly debated, redefined and refashion around a set of ideas and ideals in conversations where there is no magical consensus. But in these conversations/tok-stori, we always aim to build understanding.

At its very basic level, a nation-state is an idea. It is the idea of a shared community, what the Anglo-Irish political scientist, Benedict Anderson, refers to as an “imagined community.”

We are a country whose foundation draws from many roots. As we celebrate our country’s independence anniversary, let us reflect on how we can individually and collectively nurture that imagined community called “Solomon Islands”. It is true that this was originally a colonial creation, but it is one we can fashion into a common destiny.

This celebration of diversity and the search for a common destiny is enshrined in the preamble of our country’s constitution: “We the people of Solomon Islands, proud of the wisdom and the worthy customs of our ancestors, mindful of our common and diverse heritage and conscious of our common destiny, do now, under the guiding hand of God, establish the sovereign democratic State of Solomon Islands.” All of us have a duty to make this a reality.

But in discussing this idea of an imagined community, one must acknowledge that there are real obstacles that could prevent us from nurturing a shared identity. These stem largely from livelihood challenges that our people face daily: a lack of access to opportunities, quality services, a comfortable standard of living, a distrust in government, etc. When people struggle daily to survive, it is difficult to stop and imagine that larger community and buy-in to the national consciousness project.

The construction of a Solomon Islands/Islander identity must therefore be woven with economic and social developments agendas that put our people at the center of and are the primary beneficiaries. This might sound like a cliché, but it is true.

So, what does it mean to be a Solomon Islander?

It means that we are citizens of a country that is built on rich and diverse cultures, ethnicities and languages. It also means that our identity as a nation is alive and constantly being debated, redefined and refashioned in the search to strengthen our imagined and shared community. It is a conversation with no magical consensus, but a search for greater understanding.

Being a Solomon Islander also demands for accountability from our political, church and community leaders to ensure that our people have reasons and opportunities to dream for a better future and a common destiny.