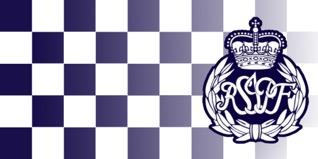 The operation will be conducted from 8am to 4pm in those two days respectively.

The tasks will be carried out on two specific areas at Nila and Hitou in the Shortlands.

Officer In-charge (OIC) of the RSIPF EOD team, Inspector Clifford Tunuki says, “The bomb blast tasks will be carried out within those specified dates only. Kindly urge our surrounding communities in those areas to work together with your Police.”

“This operation is in response to multiple UXO reports reported by the local communities in those areas and a team is now ready to deal with those World War II remnants.”

Inspector Tunuki says, “It is advisable that our surrounding local communities in those areas to report any sighting of UXOs or bombs whilst the team is on the ground. Further to that, the concerned surrounding communities are kindly urged to please cooperate with Police during those bomb blasting days.”

Mr Tunuki says, “I call on the communities in the Western Province and across the country to report any sightings of any unexploded bombs through Police free toll line 999 or the RSIPF EOD mobile 7495215 or report it to any nearest Police Stations.”