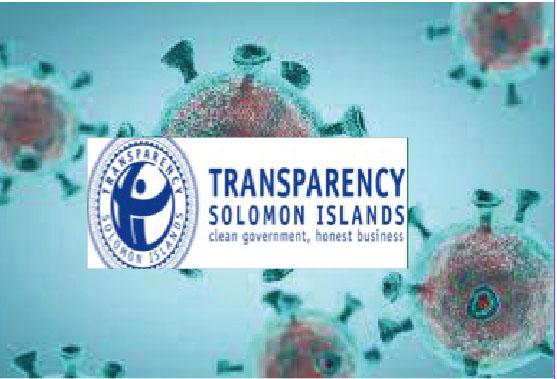 The Oversight Committee made the response to TSI following the latter’s article titled “Terminate the COVID- 19 Over Sight Committee” which appeared in both dailies, the Solomon Star and Island Sun newspapers.

The OSC stated that the article by TSI is so long and winding and really fails to provide any substantial reasons and evidences for its call for the termination of the Oversight Committee (OSC).

The OSC further stated that TSI as an organisation has the capacity to seek information and inform people accordingly, it comes as a surprise that its latest article is riddled with half- cooked and misconstrued statements.

“The TSI article alleges various claims about the OSC and its members being  highly politicised, calling on the Honourable Prime Minister to disband and terminate members of the OSC  and making personal attacks, character assassination, innuendos and demeaning remarks levelled against the Secretary to the Prime Minister, Dr Jimmie Rodgers which unfortunately and insensitively extended to his spouse, Dr Elizabeth Rodgers, bordering on the verge of defamation of character,  without making any efforts at all,  to seek factual information about their concerns from the very persons and the Honourable Prime Minister’s Office,” the OSC statement added.

The OSC stated that the OSC is comprised of Health professionals, Permanent Secretaries of relevant ministries as well as top officials in the Office of the Prime Minister and Cabinet.

OSC further added that the OSC and its members was formed and sanctioned by Cabinet in early 2020 with the Secretary to Cabinet as Chair and not the Secretary to Prime Minister as portrayed by TSI.

The OSC stated that it has worked tirelessly and transparently from day one, appearing on weekly Talk Back Shows, Press Conferences, weekly meetings, by its dedicated members who have amassed hundreds of hours for free sacrificing for this country, attending emergency meetings, information gathering, formulating guidelines, reviewing legal implications , co-ordinating and planning  between various line Ministries, Agencies and Donor and Development Partners, Business Sector, Churches and NGOs etc so as to execute a “whole of Government and National and Community approach” to fight against covid 19 pandemic.

“Where was TSI’s voices two years back when OSC was putting in place measures, policies and procedures in its fight against covid?  What has it done and contributed to the fight against COVID-19 in country? Or is it now that when challenges are appearing in terms of the impacts of Community transmission, that it finds it easy to criticise,” the OSC statement pointed out.

The Oversight Committee is a miniature of a whole government approach towards dealing with COVID- 19. To say the committee is politically motivated is totally wrong and a misguided statement.

The Oversight Committee further stated that the SPM’s roles to other committees and state owned institutions is by virtue of him being the Secretary to Prime Minister.

“The argument of what has the Oversight Committee been doing in the last two years is irrelevant for now as we already have the community transmission,” the OSC pointed out.

However, as a reminder to TSI and its advocates, for the last two years the Oversight Committee has successfully build up our health capacity to contain and eliminate COVID- 19 in the quarantine centres.

“With the coordination and management of the Oversight Committee we have kept the virus out of the border and contained imported positive cases within our quarantine stations since 2020 to December 2021.

During the period, we have established testing capability both in Honiara and some Provinces, repatriated more than 2,000 nationals from various countries around the world. Constructed isolation centres, establishment of the field hospital, rolled out the vaccination program, strengthen our health networks, establish stringent protocols to contain the virus, closed our borders, equipped our hospitals and in the Provinces and provided them with necessary medical supplies to combat the virus,” the OSC statement added.

The Oversight Committee together with donor partners have done a lot to keep the COVID- 19 at bay in the last two years.

The OSC statement pointed out that we have to live with the fact that we already have the community transmission of COVID- 19 and the least we can do is fighting each other.

“This is not the time for blame- game, this is the time for us to test our resolve as a nation and combat the common enemy who is already among us” the Oversight Committee stated.

The OSC said TSI should use its networks and donors to support the fight against COVID- 19 rather than using its resources to attack government’s effort to manage the community transmission.

“It is obvious that TSI and its sponsors have chosen to be ignorant of the country’s situation, and hell-bent on promoting the blame- game and continue to antagonize government’s effort to keep its citizens safe from COVID- 19,” the OSC stated.

The OSC further added that over the years, TSI’s reputation has continued to take a dip because people manning the organisation have developed an anti- government stance and this is made evident by its unchecked and politically charged press statements.

“To TSI and its advocates, here is fact for you all- government remains adamant to keep its people safe from COVID- 19 and that spirit will remain as the country continues moving forward.

If other countries can come out of it, Solomon Islands will be no different- it is a matter of working together and taking stock of lessons learnt from other countries then applying them to our context,” the OSC concluded.